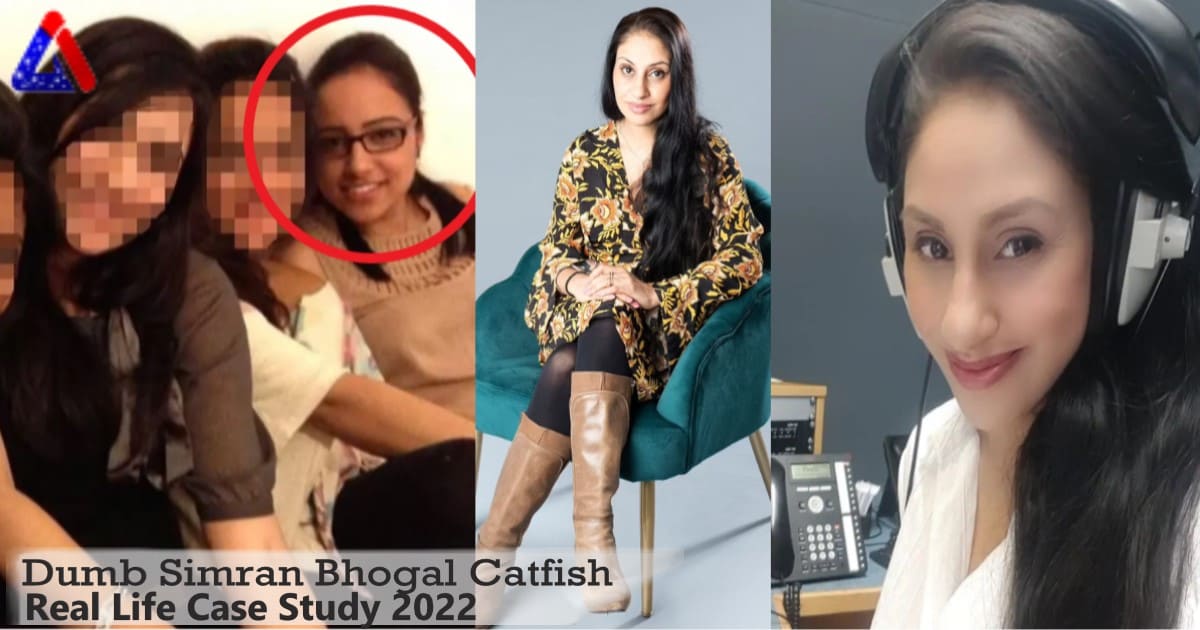 Simran Bhogal catfish Awful real-life Catfishing story of Simran Bhogal to Kirat Assi, The Simran was Kirat’s cousin. The story began in 2009 when Kirat Assi got a message on her social media account. The person who was trying to contact Kirat had Bobby’s name on his profile.

Kirat Assi is not alone in falling for the catfish scam. There are many more like him who are still being conned today. However, this will not stop Kirat Assi from fighting for a law to stop people impersonating others on social media sites. He doesn’t want anyone to suffer as he did.

In this article, we will redo the Simran Bhogal Catfishing case study. Who is innocent? Who is Bobby? Is Simran Bhogal was a real cousin of Kirat? Why did Kirat’s cousin do this? stay tuned to find out.

Who is Simran Bhogal Catfish?

Simran Bhogal was Kirat’s Cousin. She fooled Kirat for ten years with a fake profile. Let’s try to know the story from the beginning so that you can know who Simran Bhogal was.

First of all, let’s know why the story became popular among the people. A book by the name “Sweet Bobby” became the center of attention of people in June Last year

Millions of people buy this book, and the story becomes popular. This book, over 140 attributes, contained the strangest case in the world that no one had heard of before.

There are two main characters in this real-life story. Simran Bhogal The Catfisher and the mad Kirat Assi.

Kirat is 43 years old marketing manager and she lives in London. She wasted ten years of his life in the fact that she fell in love with a Doctor named Bobby, who was originally a girl named Simran Bhogal. Basically, Simran is a Catfish. Let’s find out more about why Simran does this to Kirat.

What Does It Mean To Catfish A Girl?

Catfishing is a term that describes a person who will create a fake account on social media to attract someone. Anyone can do this when they are too much in Depression or he/she lacks self-confidence or he has no self-respect. and there are a lot of people who don’t take it seriously and say that it can’t happen to us.

What does Simran Bhogal do?

In 2009, a person linked up with a London-based Kirat Assi on social media. She talked to Kirat as a man until Simran came to his house in 2018 and confessed everything.

At first, this story may sound like a joke but it is a fact. Simran’s name was Bobby on his profile, The series went like this, and in 2015 Bobby Molded Kirat into an online relationship. Bobby assured her that he would definitely meet her one day.

Bobby had become a master of making excuses over time. He always said that he would come to London one day. but whenever he talked about coming, something would happen to him at the last moment, usually a medical emergency.

Bobby the Master of Excuses

Bobby didn’t even bother to come on the video call with Kirat. He always has excuses for this. He said that his phone was broken. or because he knew that if he signed up for a video call, his secret would be revealed.

A lot of people are wondering why Kirat Assi did this? How can she do this with a man she has never seen in her life? how can she maintain a relationship for such a long time?.

She never Bothered with these questions. She always answered them. However, an entire broadcast on these types of questions is published on youtube.

When asked this question in this broadcast. So she gave a lot of reasons

How Kirat Assi Maintained Such a Relationship?

When the anchor asked Her this question during the broadcast. She gave many reasons. I saw this broadcast and due to a few things, I came to the conclusion that the Kirart Assi was right in its place.

Kirat had said in the broadcast that Bobby had been married before and had one child. Bobby once asked Kirat to choose clothes online for his child. and a few days later. Bobby shared a picture with Kirat in which he was standing with his wife and child. In this picture, Bobby’s son was wearing the same clothes that they both liked together in an online shop.

At that time for Kirat, it was real because he saw that the clothes that both of them selected together were worn by his child.

Scammer Bobby did this in such a way that he had already taken the picture out of the internet and kept it with him. and then he asked Kirat to select the clothes with him, and he made him select the same clothes as the child in the picture was wearing.

In this broadcast, there were many such incidents that made Kirat think that Simran Bhogal was the real Bobby.

How Does Sweet Bobby End?

In the last episode of this book, there was a huge development lead on this case. The catfish case against Bhopal which was filed with the Hounslow Police could be reopened. It has recently been revealed that the case may be reopened. As Kirat himself had said in a broadcast that she referred the case to the Independent Body of Police Conduct.

How do I stop being catfished online

If you don’t want to be a Catfished

Use the right dating app, Protect your account first and research him/her on social media, and gather information. Ask him/her Questions and invite him to meet you or video call you. then talk to him/her friends and family about it.

What to do if you are getting Catfished

You can verify that her pictures and contacts are real. The easiest way to do this is to download the image and search and verify it by google image search.

Never give your money to such people without verification. This is a big crime that is listed in Cyber Crime.

Avoid sharing your personal information with such people (on Social Media) as they may use this information against you in some evil work.

If you feel like someone is scamming/catfishing up with you, you could complain or hire a private investigator